What Airline Outages Tell Us About Social Customer Care

What Airline Outages Tell Us About Social Customer Care 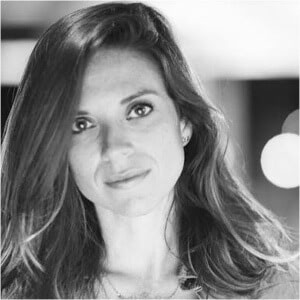 It may happen to you. And it may happen at the most inopportune time. Perhaps you’ll be flying to meet an important client, headed to a best friend’s wedding, your dream vacation, or heaven forbid, a loved one in need. Travelers are some of the world’s most vulnerable customers and this new trend of IT outages by some of our most trusted airlines has surely impacted flyers in a very personal and upsetting way.

Delta, Southwest and others have all fallen victim to technical glitches impacting tens of thousands of travelers to the tune of tens (and in some cases hundreds) of millions of dollars in refunds, compensation vouchers and tech upgrades. Delta reported to their investors that their five hour IT failure at the beginning of August cost the company close to $150 million - thanks to over 1,000 canceled flights. According to estimates, Southwest’s technical debacle last October outdid Delta with a whopping $177 million dollar hit to passenger revenue; only to be followed by another outage this July which resulted in 2,300 grounded flights at an estimated cost of $54 to $82 million.

There is a lot of money and brand reputation at stake, and the draining process of traveling tends to increase the emotional volatility of flyers. They are separated from their belongings, forced to wait in long lines and endure safety checks. Armed only with their digital devices, when things go awry these “social flyers” sound the horn of mistrust, frustration and helplessness on their channels, the ones they own - social media.

Stranded Southwest and Delta flyers did just that during these IT blackouts, taking to “their channels” when malfunctions threw a wrench in their travel plans.

@DeltaNewsHub @Delta my unaccompanied minor can't get help. I can't get thru to a CS rep. I'm so upset

@SouthwestAir if flights in the air already weren't affected, why did my kids' flight have to land emergently in Kansas?!

Now imagine these distressed messages coming in by the thousands every hour. These are the kind of volumes that airlines have had to manage when things go wrong. Take Southwest, whose technical glitches caused a massive spike in their online mentions that spanned over three days from July 20 - 22,  totaling nearly 80,000 mentions. By the second day, mentions had already jumped 20-fold. This is the new reality brands, not just airlines, face today and without proper preparation, years of hard work of gaining customer loyalty can be spoiled in seconds and minutes. 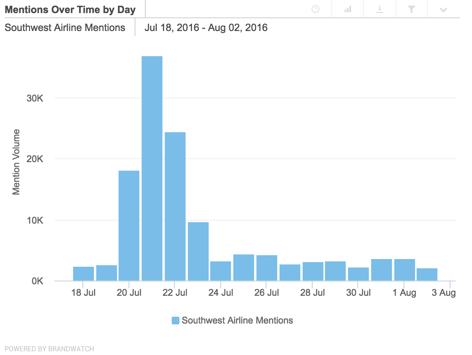 Since the advent of the internet, brand/customer relationships haven’t been the same. The average person  can create content that is discoverable by the entire webisphere, shifting the power of voice from brands to consumers. Social media has become the training ground for digital expression for our social, mobile generation, and the consumer world has quickly learned that it owns these channels. The customer controls the brand narrative, and regardless of how much of a Goliath your company may be, there is an army of David’s ready to take you down.

Gaffes by brands on social media became the dreaded nightmare that kept PR teams and CEOs alike awake at night. One small misstep and your hard-earned brand equity can be devastated. And so, many companies have battened down their social hatches, employed a best-in-class social care platform, and constructed and rehearsed their social crisis strategy in preparation for the unavoidable event every business will, at some point, come to face. A strong defense can be the best offense, if companies are prepared to turn incidents and the resulting social nightmare into opportunities.

For travelers in America last January, Winter Storm Jonas caused massive headache - and it caused an even bigger one for the international airlines that were forced to cancel over 10,000 flights the weekend the storm, and subsequently many more the following week due to the domino effect across the country.

Airlines like Alaska Airlines, Southwest, Delta and JetBlue released statements and took to Twitter to update their customers. American Airlines even tried to bring some humanity to the fiasco when Tweeting customers their limited travel options. It was 'Snow Joke’.

This time around, it was Southwest that was able to prepare its social care team for impending tsunami of customer volumes. It switched its 35-person team to 24/7 operations before canceling nearly 2,000 flights, and was able to respond to customers under 15 minutes. They posted updates regularly to Facebook and Twitter, created a camaraderie with customers by sharing storm pictures on Instagram, and even hosted a live Periscope video on Facebook with operations control to show customers what it was doing to prepare for the storm. They were able to minimize social blowback and manage customer queries in a timely and efficient manner because they empowered a dedicated social care team to do so.

If I were an IT specialist in booking and reservation software, perhaps I could give a thoughtful diagnosis on how airlines can safeguard their business to ensure they aren’t subject to this kind of hit in revenue and brand value in the future. But I’m not, and to be honest, every industry that depends on technology to keep their money machine running and their customers satisfied needs to take note. These things happen, and the airline industry is the harbinger for what all companies need to understand: you must have proper strategies in place to deal with crisis management.

To learn more about how airlines are performing when faced with frustrated flyers, read our Airline Performance Report (featured on Forbes, The Economist and CNBC).