How to Handle Negative PR on Social Media 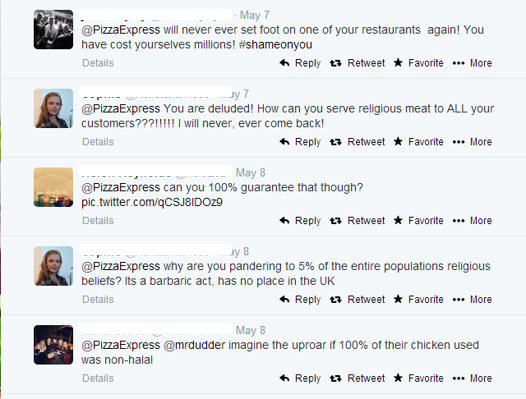 How to Handle Negative PR on Social Media

Did you hear the one about the halal chicken that crossed the nation? Pizza Express have. On 7th May, a popular British tabloid joyfully announced that the food chain had been ‘secretly’ using chickens that had been slaughtered in line with Islamic practices. Cue expected online outcry. Where did the brand go wrong? How did it manage the situation? Was the response adequate and appropriate? 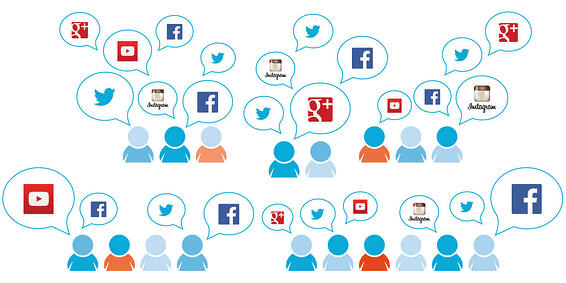 Where they went wrong

If you were in the UK in 2013 you will be aware that, understandably, people want to know exactly what is in the food they buy regardless of whether they can taste the difference (two words: Horse. Meat). Pizza Express (and several other well-known brands) have gone one better than just being accused of misleading their customers through poor quality control. They have also entered a space that is an absolute brand no-no: religion. It’s an unwinnable situation. They didn’t know, or fully accept, the views of their audience. Their initial response argued that the FAQ section on their website mentions their use of halal chicken but this fact is not made clear to people who don’t visit the website. They should have made some form of easily visible announcement in their restaurants e.g. on the menu or on a poster. This is an incredibly sensitive topic in the UK and transparency is key. 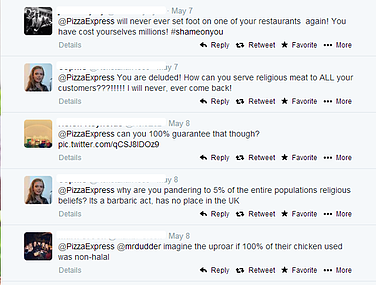 How the public reacted

People immediately took to Twitter, Facebook and Instagram to ask for further information and voice their opinion. The Pizza Express social media accounts were flooded with messages of outrage, anger, disappointment, xenophobia and racism. The hashtag #boycottpizzaexpress started trending and later general marketing posts from the brand were used by their audience as an opportunity to talk about the use of halal meat.

We’ve found that there are three types of social media crises:

Social media blunders result from rogue employees, employee mistakes and inappropriate responses. Campaign backlash occurs when marketing campaigns are poorly thought out, resulting in hijacked hashtags and mockery. Viral complaints are the proverbial rolling snowball, an interaction that grabs the online community’s attention and is shared until it becomes a PR nightmare. But where does the halal meat situation fit?

It is tempting to classify this as a Viral Complaint but the story, breaking as national news, had no time to build steam on social. One moment it did not exist as an issue and then suddenly people were cutting up their Pizza Express loyalty cards, leaving the brand with zero opportunity to mend the situation before it damaged their reputation. This is more a case of a business decision that people disagreed with once they were made aware of it - let’s call it a social media crisis resulting from Negative PR and as such, a case where social media amplification plays a decisive hand.

A social care team can provide a greater communication reach over platforms such as Facebook and Twitter than the PR team can achieve via traditional media and as such can greatly amplify sentiment surrounding a crisis – both positively and negatively. A brand that handles any crisis well online greatly increases the likelihood of keeping its reputation intact, while a brand that handles a crisis badly online can implode rapidly.

How did Pizza Express respond?

Best practice social customer service generally refers to tailored responses, the avoidance of corporate statements and the need for meeting the customer on their preferred channel of communication. Compare the above response to the following responses from Tesco, one of the other brands caught up in the situation – which do you think will reinforce the image of a brand that truly cares about their customer opinion? 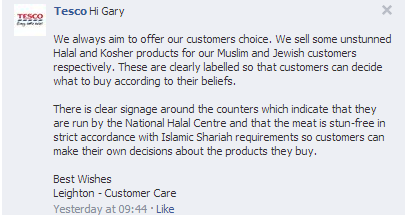 Religion invites emotionally charged discourse and highly polarised opinions – it is unlikely that, over the course of a few online messages, someone who did not agree with a policy could be convinced that actually it was the right process but that doesn’t mean you shouldn’t try. Organizations who want to provide best-in-class customer service should be running systems that are capable of dealing with this kind of negative sentiment volume increase. In this case, a prioritisation engine capable of supporting priority keyword lists, natural language processing and appropriate workflow filtering is essential.

In Tesco’s case, as soon as the story broke team leaders and contact centre agents would have immediately updated their priority key word list to include relevant terms, escalating any priority messages to the top of their queue.

Top Tip: A frequent mistake in social customer service relates to crisis management techniques whereby it is automatically assumed that the most negative messages are the most important and therefore should be answered first. Bear in mind that a customer who contacts you with a positive/neutral question may be irritated to see that a complaint that came in after their own message is dealt with first. And yes, people do notice that kind of thing. Using a social customer service platform with a prioritisation engine allows brands to identify messages that need an individual response (versus those that can be answered by a single outbound post). If a crisis does break and you not only have an increased amount of negative sentiment messages arriving but also a general spike in volume then arrange your team accordingly: Split them into groups, one tasked with answering general traffic and one in charge of handling the crisis-related messages.

Other essential functionalities in this situation include the ability to assign content to the correct individual and the ability to create approval work flows to ensure that outgoing messages are seen and approved by the relevant people before they go public.

By reading through Tesco and Pizza Express social media feeds, one could assume that Tesco simply has a larger, dedicated team and a more developed system in place to handle their customer service duties. If that is the case then Pizza Express should use this crisis as an opportunity to learn and develop. If they have a relatively small social customer service team, they should ensure it is a truly efficient one, using the best possible tools. For a brand as large and as popular as they (currently) are, there is no excuse.

(For an in-depth look at the different types of social media crises and tips on how to manage them, read our Crisis Guide)